On Tuesday we took my mom (grandmother) Wivan for a tour of southern Gotland (also called Sudret). I mainly grew up in Hemse, the largest "city" on Sudret.

We drove around on all the small little roads crisscrossing this beautiful landscape. Often you pass over a "färist", a sort of iron grid on the road surface, there to prevent the sheep (lamb) to cross the road, but to make it easier for traffic to pass through without the need for gates. If you don't slow down your car you will be violently shaken! Lots of fun!

Our first stop was Holmhällar. This stretch of coast is one of my favourites. You can find all kinds of beaches here, from sand, stone and magnificent rauks. A rauk is a stone pillar made out of fossilized coral reef (lime stone). The ocean has eroded teh softer sand stone and what is left are these tall, often funny shaped stone monuments.

During the early days of World War II Gotland was an important post. Many bunkers were constructed along the coast, where the military would keep an eye out for the Nazis. My great grandfather was in charge of the 19 men that built the bunkers at Holmhällar. He and his wife (who was a cook and responsible for feeding them all) stayed here for an entire summer. My grandmother and two of her 8 siblings stayed there with them. The military had confiscated all trucks owned by the men, so they had to bike everywhere (the trucks were later returned to them after the war). Very cool to see these bunkers, knowing my great grandfather actually helped build them! 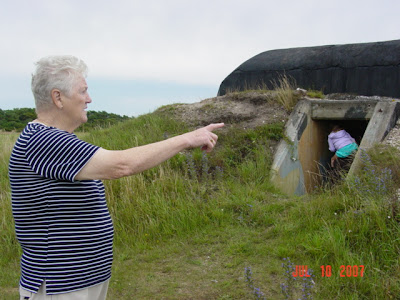 My grandmother shows us the area where some of the bunkers were. 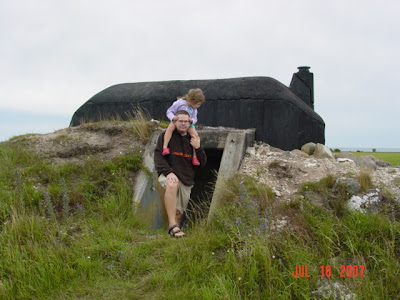 Ken and Sarah checks out a bunker. 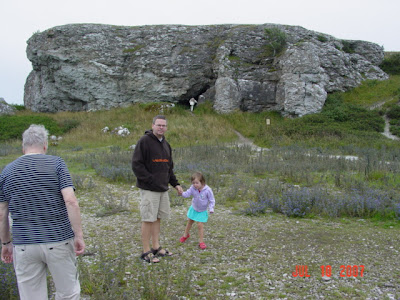 After Holmhällar we went out to Gotland's southern most part, Hoburgen. There are some really cool rauks there, one of which looks like an old man's face. We also had a very nice lunch at the Majstregården's restaurant.

After lunch we went to Bottarvegården, which is a museum farm very representative of how a south Gotland farm looked like during the 18th century. 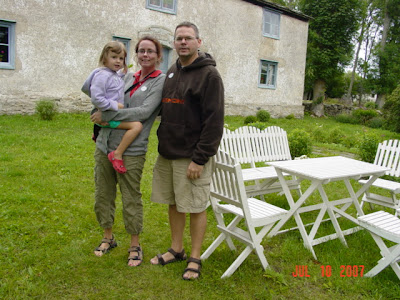 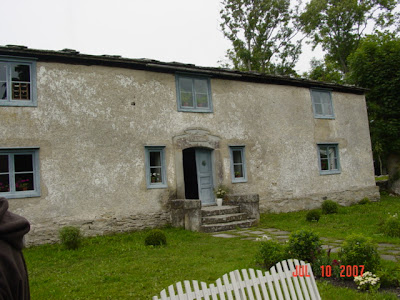 The main house at Bottarve 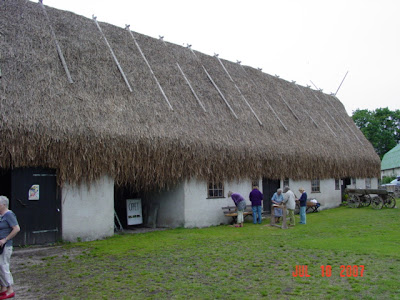 The barn with the famous "agtak" (saw grass roof). 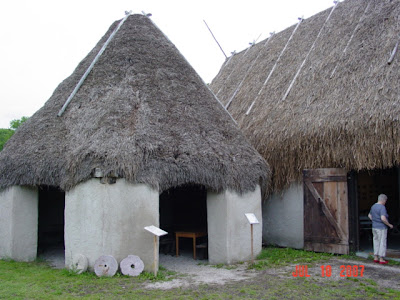 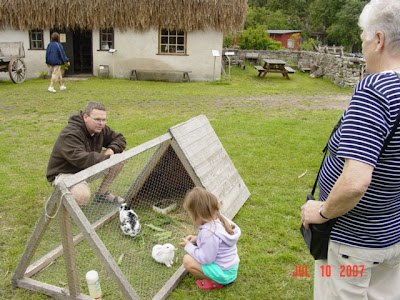 Sarah was more interested in feeding the rabbits they had there!
Posted by SweFloKeto at 3:02 PM