On Monday we decided to check out Visby a little bit, starting off with a visit to Fornsalen (County Historical Museum). They have a very fascinating collection dating well back to the beginning of Gotland's first days as a populated island. It is amazing to think people have lived on this island close to 8,000 years. Gotland was a very important trade hub in the Baltic Sea since Viking age. Its history is very interesting indeed.

Interestingly, when Gotland fell under Swedish rule, it did so as the result of peace treaties, whereas other countries' means of obtaining it were generally not peaceful.

Many Swedes vacation on Gotland, it is often thought of as exotic since the nature and light here differ form that of the rest of Sweden. 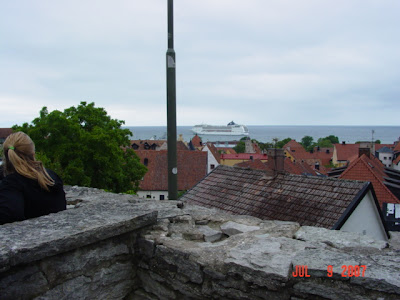 The view over Visby toward the harbor. 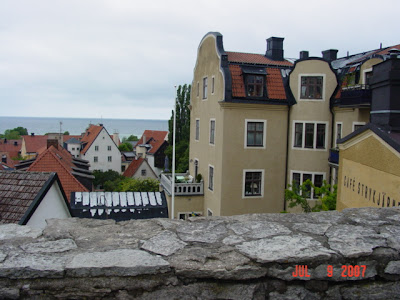 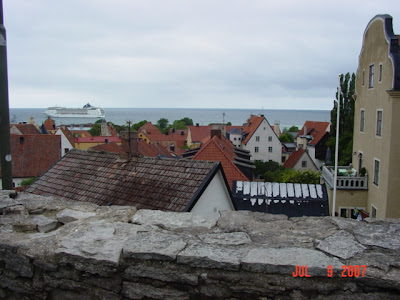 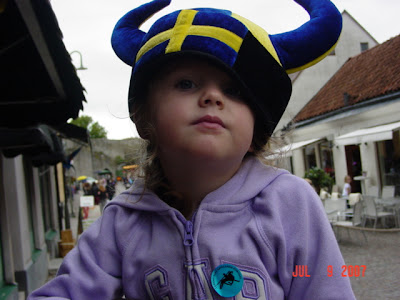 Sarah getting in touch with her Swedish roots... 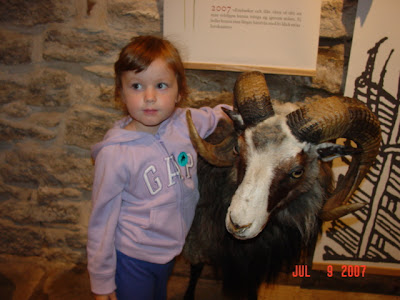 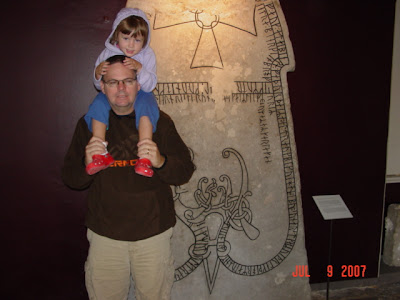 One of many Viking age picture stones found on Gotland. 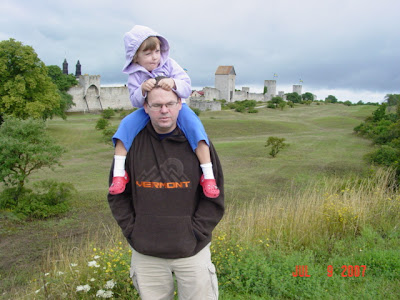 The Visby wall in the background. The hanseatic city of Visby is since 1995 on UNESCO's World Heritage Protection list. The Visby City Wall was built in two stages and was completed 1288. It is almost 3,500 km long.
Posted by SweFloKeto at 2:46 PM