Sarah, now being 4½, is so much more aware about Christmas and all it stands for. Well, at least the Santa part. I do not consider myself Christian at all, or religious in any way. But I grew up with Christmas, and I like it. Not the Jesus part, but the Santa part. I like what Santa, or Saint Nicholas, stand for.

St Nick was a Bishop in what is now modern day Turkey, born around year 275. He came from a pretty wealthy family and he is said to have distributed his fortune among the poor, and he is also believed to have saved children from drowning, saving young girls from prostitution and helping seamen in a storm, and saving a child that was abducted. He became the saint that we know as Santa Claus, and he is also the patron Saint of Children, Seafarers and merchants. The Hanseatic League, which my home island of Gotland was part of, chose him as their patron saint.

I am OK with that, I think that sounds like a guy worth remembering through traditions... Go Santa! 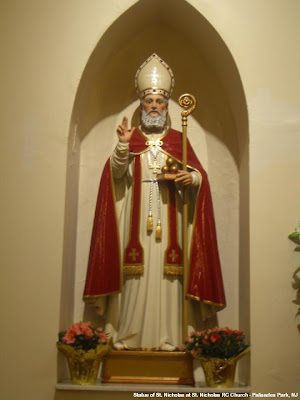 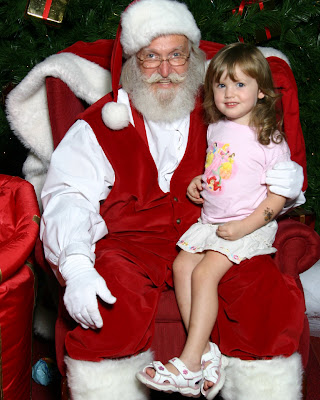 His look has changed a bit over the years! This is Sarah on Sant's lap last year.

By the way, I was trying to figure out where to hide all the Christmas presents. After all, I don't want Sarah see any of them, I have been telling her Santa is coming to drop them off (if she is good) for Christmas. I just have no room in any closets. Finally I put them all in a huge black garbage bag and put it in the corner of the office. Sarah has not once wondered what was in it. After all, garbage bags are pretty boring. Hidden in plain sight, brilliant!