Friday night we went out for dinner and tried to come up with what we would do this weekend - after all, our beach plans were out the window, since more rain and thunder was to suspect.

We have 3 books called "One Tank Trips". They are written by a local guy who has come up with a list of fun things to do and places to visit, all within an area of Tampa Bay that you should be able to reach on One Tank of Gas. We often use these books when we need something new to do.

We decided we wanted to go horseback riding, I mean really go out for at least 3 hours and enjoy the nature trails. Late Friday night we had reservation to visit Sun City Stables 8 in the morning Saturday.

We got up early, but wanted to check the weather news just to be sure, it had looked clear the night before, but you never know. Sure enough! A large storm was sitting just off the coast, nearing our area slow but steady. Expect heavy thunder storms within a couple of hours, the news said.

So we had to call and cancel, but we will go in a few weeks I am sure.

So what to do? Gatorland in Orlando! We took off on the 2 hour drive to Gatorland (hey, we were up early anyway). Our first stop was at Dunking Donuts for some coffee and ice tea, and while we were in line to pay Sarah lost her first tooth! Awesome! It just plopped out of her mouth, so it was lucky we were indoors so she didn't loose it... Gotta save it for the Tooth Fairy!!! 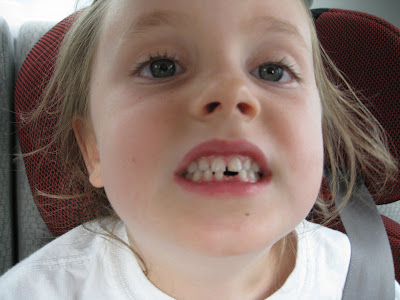 We ended up spending almost 6 hours there! It was 3 years since last time we visited, and they had made a lot of changes and added new things. This is a park that has been around since 1949, so a real classic. They boast to be the "gator capital of the world". And lots of gators was what we got to see...

Sarah even got to "wrestle" a HUGE real gator all by herself! A great day!

Sunday we went down to Anna Maria Island for breakfast at the beach, and then we went on a hunt for a secret cove that we had gotten a tip for. We found it and had a nice walk along the cove. We also managed to squeeze in some shopping and other things on the way home.

The afternoon was spent mostly cleaning and then we had a Mexican BBQ with some very yummy chicken!

Today we are just planning on hanging out at home for the most part, with a nice BBQ in the afternoon. Here are some pictures from our weekend: 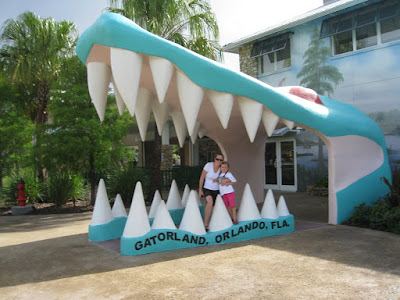 Sarah and I at the entrance to Gatorland 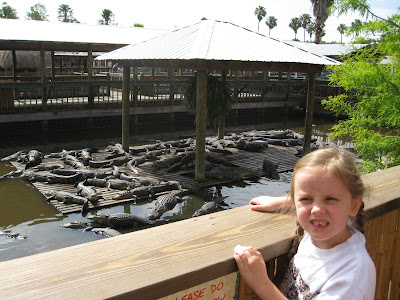 Lots and lots of gators everywhere! 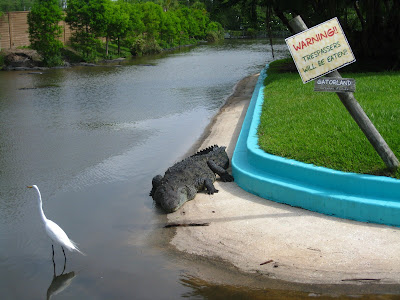 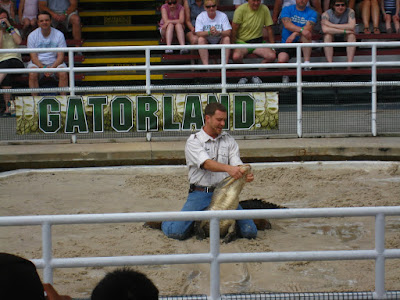 The gator "wrestling" show was interesting and actually very educational. They treated the gators very nicely 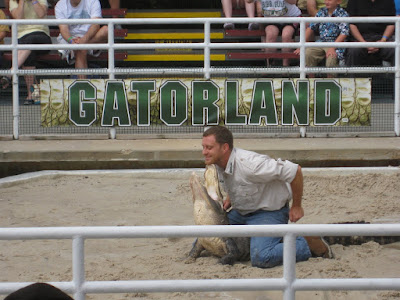 This guy sure had no fear... 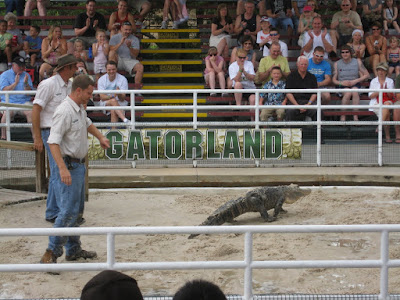 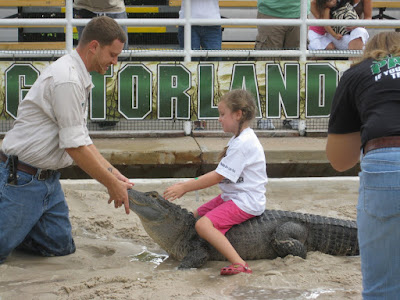 Sarah decided to try out this "gator wrestling" thing herself... 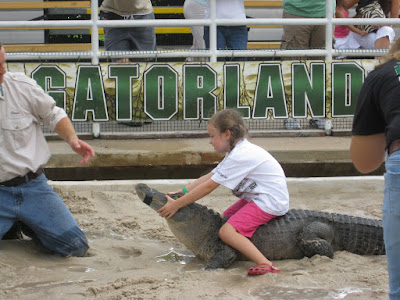 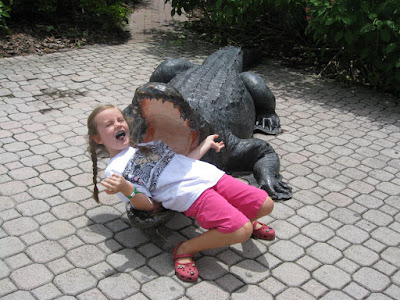 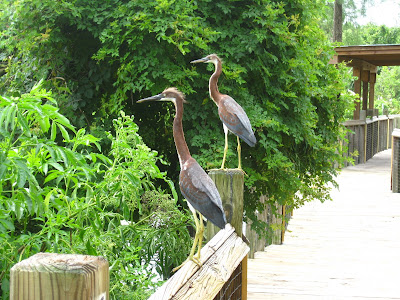 There is a large bird sanctuary in the middle of Gatorland, and you can walk right through it. Here are some unusual tri-colored herons 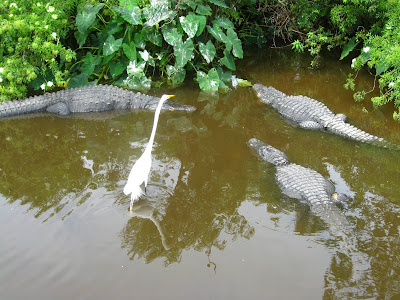 These guys seemed to be in some sort of meeting... 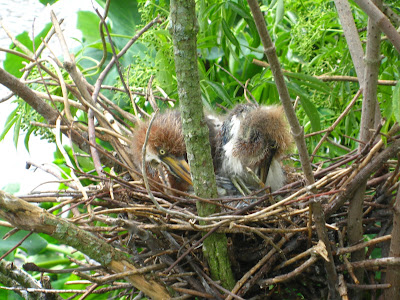 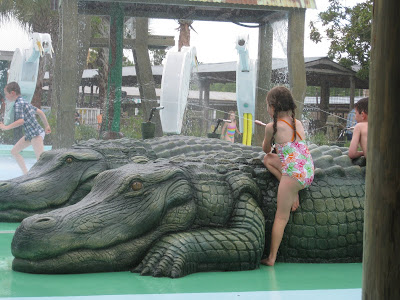 At the end of the day Sarah really enjoyed the splash park at Gatorland; here she is spraying other kids with a water cannon
Posted by SweFloKeto at 10:42 AM