Today I got my newest issue of Smithsonian Magazine, an always interesting read. Sarah happened to see it and the cover caught her eye. The October issue features an article named "Denizens of the deep", with newly discovered weird deep sea creatures. We spent quite a long time reading about these off looking things and looking at their pictures. So cool!

Sarah's favorite? Well, of course, the "Pigbutt Worm"... It is some kind of worm, also called "flying buttocks", and its Latin name literally means "resembling a pig's rear."

It was discovered by some scientist down in Monterey. Maybe they smoked something special that day, or they just felt like having some fun...
It does look like a pig's behind... Sorta... Or what do you think? 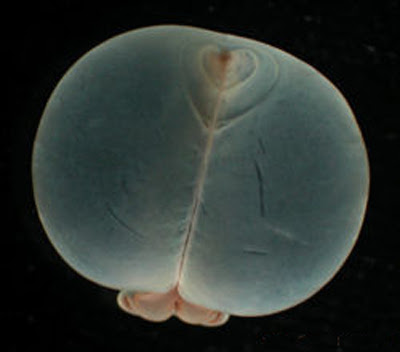 Posted by SweFloKeto at 4:27 PM